Black History Month is upon us, and what better way to celebrate than to reflect on some of the exceptional black characters that Marvel has created over the years; which would have to include the underrated genius that was Blue Marvel and the amazing Kevin Grevioux.

Marvel comics has seen some of the most iconic and memorable superheroes wander throughout its vast universe over its 80 plus years of existence. 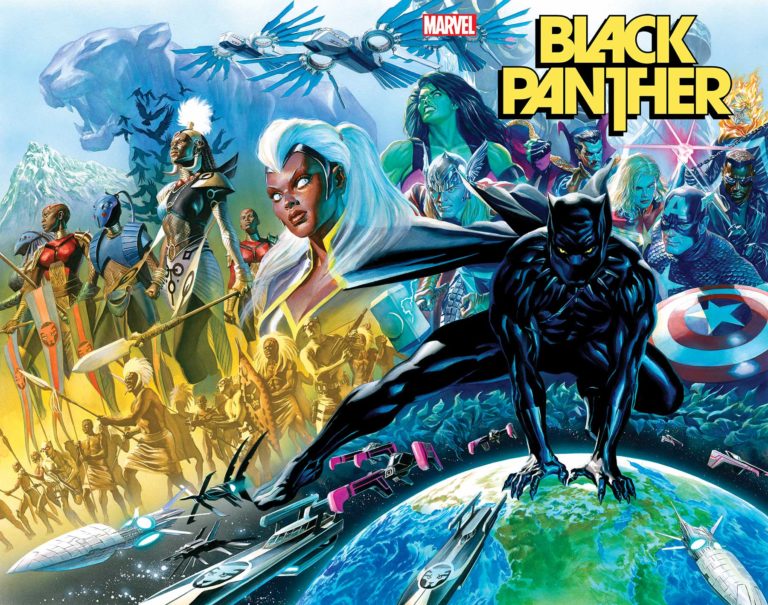 From the beloved X-Men to the Avengers, to the brilliant and timeless classic that is perhaps the greatest hero to ever be featured within the medium; Spider-Man.

Yet, one thing that Marvel comics have done throughout its history is to strive to mirror the diversity and beautiful uniqueness of human life; which has led to an array of diverse heroes and villains that anyone- regardless of color or creed- can relate to and admire. 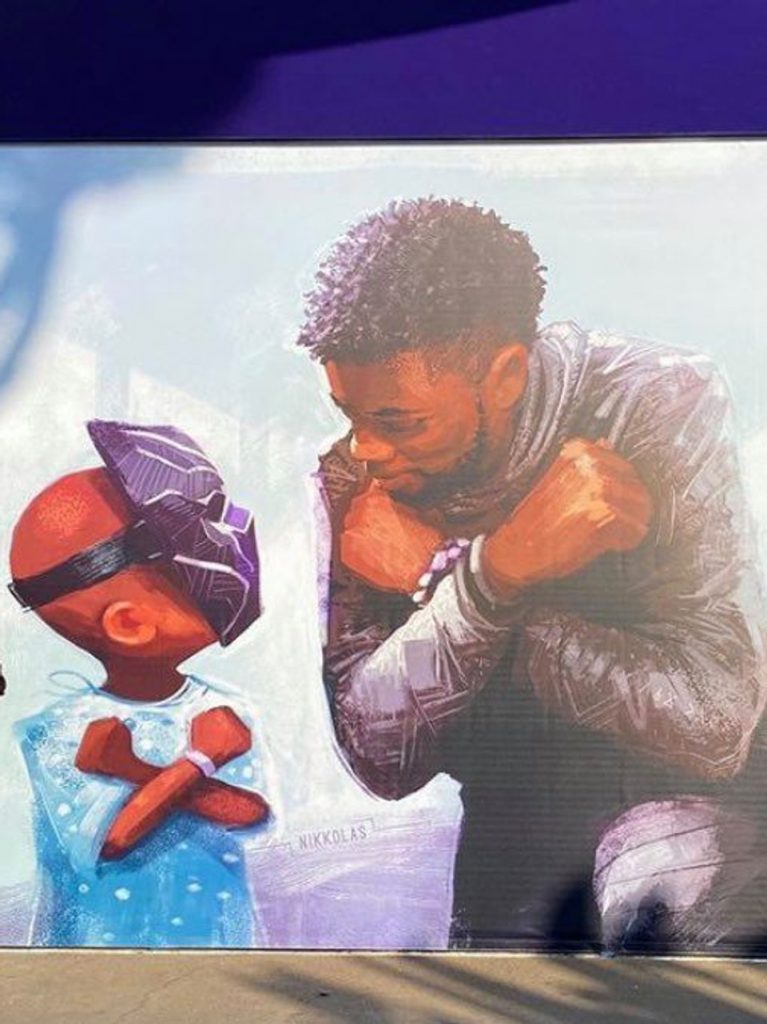 One of the more iconic, and shamefully underrated, heroes of Marvel comics is none other than Blue Marvel- or Adam Bernard Brashear- who may only be slightly more amazing than the character’s creator; Kevin Grevioux.

Debuting in his self-titled Adam: Legend of the Blue Marvel mini-series in 2010; set in the 1960s, Adam Brashear is a Korean War veteran who also holds a Ph.D. in Theoretical Physics and a Master of Sciences degree in Genetical engineering from Cornell University.

It was his scientific pursuit that made Brashear the subject of an unintentional mutagenic reaction caused by a Negative Reactor created by Brashear- and fellow superhuman Conner Sims- to harness Antimatter into a usable, clean, energy source.

The event gave Brashear the vast powers of the Blue Marvel, which allow him to harness that Antimatter, and become a human negative reactor, similar to the one he attempted to control through his experiments with Sims. 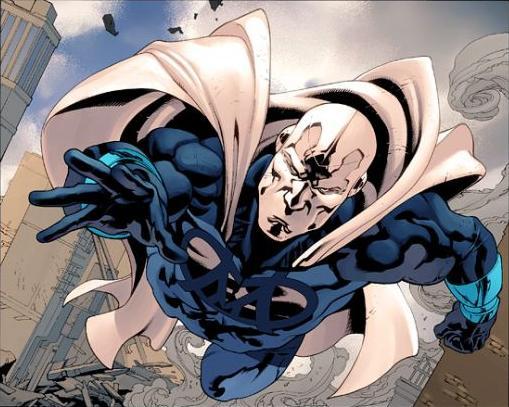 Protecting America with the powers of the Blue Marvel, Brashear feared the racial unrest in the country during that time, and fought under the guise of anonymity, wearing a full-faced helmet that concealed his identity.

Yet, with the helmet destroyed in battle, the identity and race of the Blue Marvel was revealed, which prompted President John F. Kennedy to ask Brashear to step down as a superhero; after awarding him the Presidential Medal of Freedom for his actions to serve Americans. 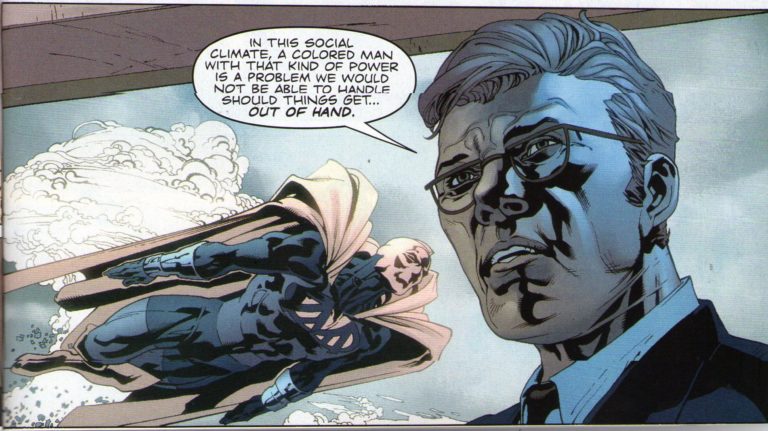 Still, Kennedy- although firmly a supporter of Brashear- feared the further unrest and racial tension that was present at the time.

Brashear reluctantly conceded, and his final mission on the moon was the perfect opportunity for Kennedy, and S.H.I.E.L.D to fake the death of the superhero. 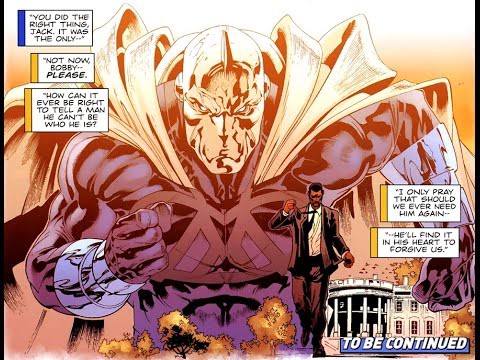 Blue Marvel returned in further stories, but it is his origin that brings to light an incredibly interesting and necessary conversation; with the amazing Kevin Greivoux as the architect questioning how a very racist 1960’s America would react to a superhuman that was black- regardless of his good intentions.

Grevioux is a writer and actor who has a degree in Microbiology from Howard University, with a minor in chemistry and psychology, and a master’s in Genetic Engineering; which could serve as the inspiration for Adam Brashear’s background. 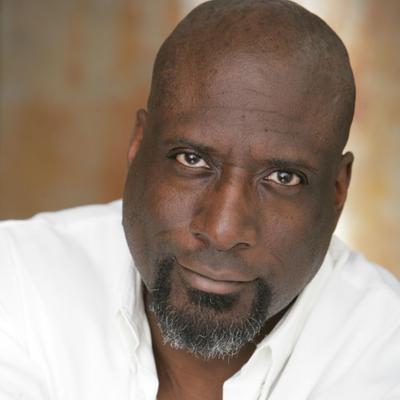 Grevioux has penned the Underworld films, I, Frankenstein, and several other published works, alongside his time as an actor in prominent films such as Underworld, Steel, and Tim Burton’s Planet of the Apes.

Grevioux developed Blue Marvel as a character study in American race relations throughout the 1960s, with even the prominent President Kennedy being explored in how he would handle a black man with the powers granted to Brashear. 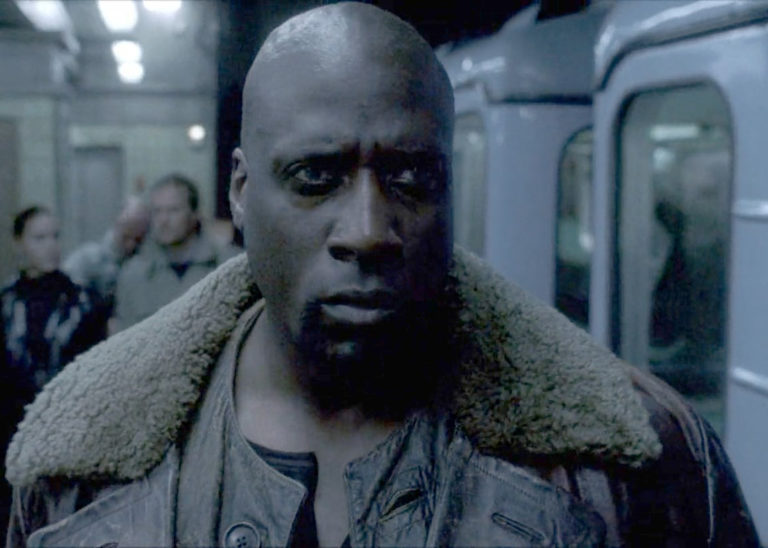 Forcing us to truly examine and understand the racism of the past, is the only true way we can move forward towards a brighter future of equality; and Adam Brashear’s story presents the unfortunate reality of a man who was judged not by his desire to do good, nor his immense intellect, but by his race.

Blue Marvel and Kevin Greivoux are two incredible examples of the celebration of contributions by brilliant black creators, and the characters that are so brilliant expressed through their experiences.

Marvel Blog celebrates Black History Month by celebrating Blue Marvel and honoring the man who made him possible, Kevin Grevioux.